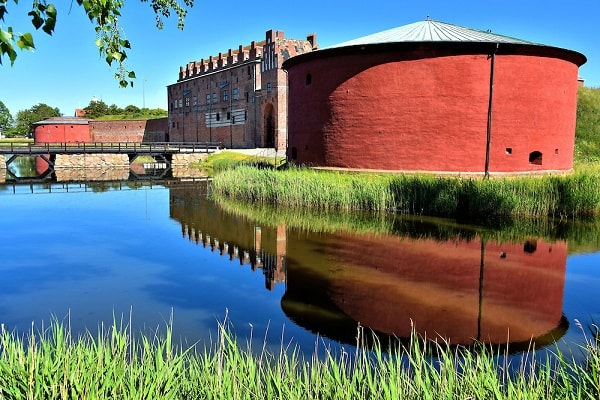 Malmöhus Castle is the oldest preserved Renaissance castle in the Nordic region. From Erik of Pommern's castles from 1434, remains are preserved in the castle that was clear at the middle of the 16th century. In Malmöhus Castle, the Danish kings lived during their visit to Malmö and held the adventurous Earl of Bothwell, Mary Stuart's third husband, detained for five years. When Skåne became Swedish in 1658, the fortifications were further strengthened, but in the 1700s the fortress lost its meaning and was used as prison in 1828-1909. After restoration and rebuilding, the Malmö Museum could be opened in 1937. At the end of 1945, the museum was transformed into a refugee settlement for a number of months, something the welcome to Sweden tells about. In the castle you can also see the exhibitions Power over People and the King's Order. Visitors must note that Malmöhus Castle is reached via stairs.